New Spin-off to my Born in Blood Mafia series!

The series will consist of at least five books, so stay tuned. 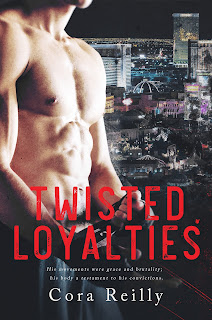 Fabiano was raised to follow in his father’s footsteps as Consigliere of the Chicago Outfit – until the man abandons him. Left to fend for himself, Fabiano is forced to fight for a place in the mafia world. As a ruthless street fighter, he quickly earns his place as the new Enforcer of the Las Vegas Camorra – a man to fear.
Leona wants to build a decent life for herself, away from her drug-addicted mother. But soon she catches the attention of a dangerous man – Fabiano Scuderi. Staying out of trouble and living a normal life are near impossible with a man like him.
Leona knows she needs to avoid Fabiano, but men like him aren’t easy to shake off. They always get what they want.
Fabiano cares about only one thing: the Camorra.
But his attraction to Leona soon puts his unwavering loyalty to the test. Is Leona worth risking everything he’s fought for, and ultimately his life?

Here are the teasers from Bound By Hatred that I sent to my newsletter subscribers a while ago! :)
7 comments
Read more

A while back I had a contest where you could "win" a few scenes from Bound By Honor in Luca's POV. Since I get many messages asking for it, I've decided to extend this offer. If you've reviewed Bound By Honor on Kobo, B&N or Amazon, send me a link to this email: reilly.cora@rocketmail.com and I'll send you Luca's POV!
55 comments
Read more

First of all: Only 25 days until TWISTED PRIDE! I'm so excited! I love Remo & his brothers so much, it's hard to put into words! There will be cool giveaways soon! Anyway. My publishing plan Bound By The Past Dante's and Val's story. So much has happened in the Outfit since the end of Bound By Duty and now you'll finally get the story. WARNING: the book will have MAJOR spoilers for Twisted Pride, so you should read TP before reading BBTP. Expected pub date: July 2019  Twisted #3.5  Nino's & Kiara's novella dealing with the events in Twisted Pride and the aftermath. Expected Pub date: August 2019  Twisted #4 Savio's book. You will already see more of him in Twisted Pride and his own book is going to be explosive. Expected Pub date: October 2019 Bound By Honor Luca's POV  It'll include a few earlier scenes as well as a few missing scenes from Bound By Love. This book will be out sometime this year. I woul
2 comments
Read more