August 31, 2018
I'm so excited to share the cover for TWISTED LOYALTIES (Camorra Chronicles #1) with you!
When I decided to make Fabiano's story book one in a new Spin-Off to my Born in Blood Series, I also realised that the cover for the book needed to be different from the sophisticated black and white of my Born in Blood series, so I worked with the lovely Letitia from RBA Designs on something that would reflect the mood of the new book.

And she designed something wonderful! Of course I hope you'll agree. Let me show you: 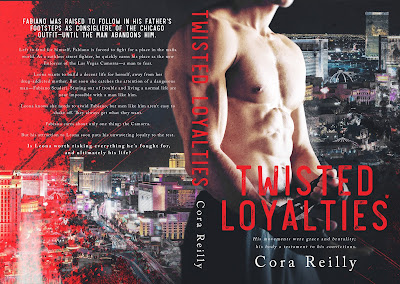 Fabiano was raised to follow in his father’s footsteps as Consigliere of the Chicago Outfit – until the man abandons him. Left to fend for himself, Fabiano is forced to fight for a place in the mafia world. As a ruthless street fighter, he quickly earns his place as the new Enforcer of the Las Vegas Camorra – a man to fear.Leona wants to build a decent life for herself, away from her drug-addicted mother. But soon she catches the attention of a dangerous man – Fabiano Scuderi. Staying out of trouble and living a normal life are near impossible with a man like him. Leona knows she needs to avoid Fabiano, but men like him aren’t easy to shake off. They always get what they want.Fabiano cares about only one thing: the Camorra.But his attraction to Leona soon puts his unwavering loyalty to the test. Is Leona worth risking everything he’s fought for, and ultimately his life?

Publication date: October, 1st!
You can pre-order it on Amazon!
And add it on Goodreads! 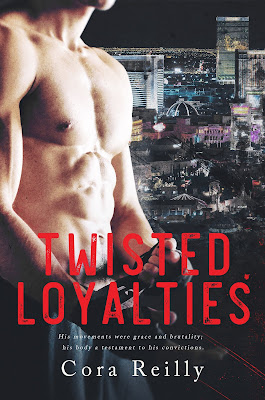