NEW Book from me!

June 23, 2015
Do you want a naughty and fun read while you wait for Bound By Temptation?
Then you should read my novella Seduced by the Escort, which launches a series of hot novellas. I wrote it a while back under a pseudonym but now want to have all of my books under one name.
Here's the cover in case you're curious! 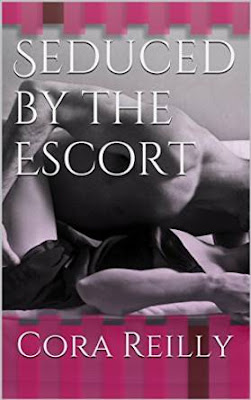 Amy spent the last few years battling cancer and now that she’s finally in remission, she wants to tackle the bucket list she created when she was sick. Losing her virginity is her highest priority. She knows the cancer can return any time and she doesn’t want to die without ever having experienced pleasure. But when she had to see her family suffer as they watched her fight death, Amy swore to herself not to let anyone into her life who would mourn her once she died. That’s why Amy takes her sister Leah up on the offer she made when she thought Amy was dying: to use a male escort. Leah’s husband is the owner of the top escort agency in New York and agrees to treat Amy to a few dates with male escort Noah. But as Noah helps Amy with the points on her bucket list, she quickly realizes that hiring a professional doesn’t stop her from developing feelings.

You can buy it here!

Right now it's only available on Amazon because it's part of Kindle Unlimited but I'll publish it on other sites at the end of July!